Tiento is a proud contributor to Foxtel Lifestyle series ‘Love It or List It Australia‘. Andrew Winter and Neale Whitaker help homeowners across the country with one of life’s biggest dilemmas, to renovate and love the home you are in; or to sell up and find a new dream home somewhere else. The green Folia tiles, which are handmade in Melbourne, Australia, were a standout in the kitchen. In an unusual Ogee shape with a beautiful greenwash glaze, the Folia ceramic series was an inspired choice. With so much natural light now flooding into the space from the large skylight above, the Folia tile shimmers on the wall. Who wouldn’t want to spend time in this kitchen! 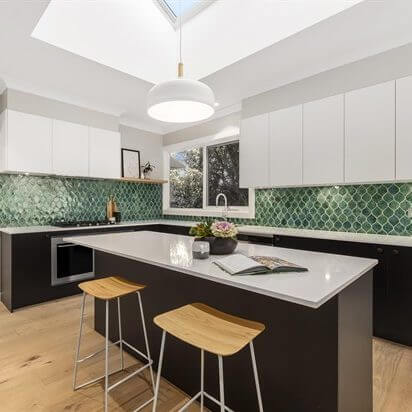 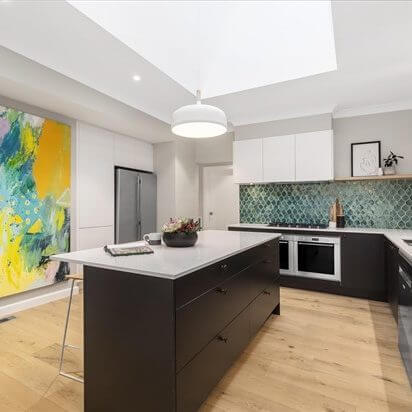